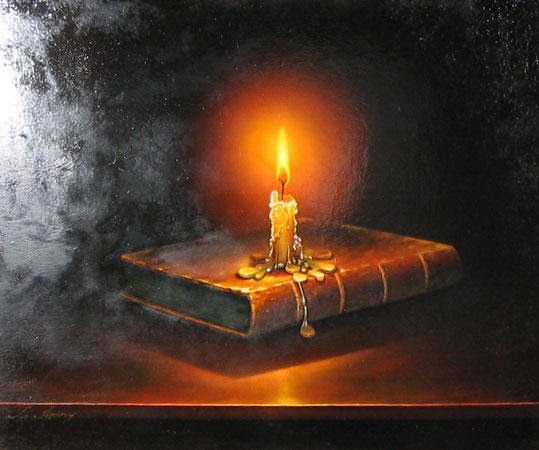 Al-Taftazani was born in 1322 in Taftazan, Khorasan in Iran, then in the Sarbedaran state.[9] He completed his education in various educational institutions in the cities of Herat, Ghijduvan, Feryumed, Gulistan, Khwarizm, Samarkand and Sarakhs. He mainly resided in Sarakhs. He was active during the reign of Timur, who noticed him as a promising scientist and supported his scholarship, and was part of his court. Ibn Hajar al-Asqalani famously remarked about him that "science ended with him in the East" and "no one could ever replace him".He died in Samarkand in 1390 and was buried in Sarakhs. He sincerely practiced Islam, and practiced and preached in the Hanafi and Maturidi schools. He was of the Hanafi school in matters of Fiqh (Islamic jurisprudence) and a Maturidi with regard to issues of Aqidah (Islamic creed.

During his lifetime, he wrote treaties on grammar, rhetoric, theology, logic, law and Quran exegesis.[4] His works were used as textbooks for centuries in Ottoman madrasahs.[9] and are used in Shia madrasahs to this day.[12] He completed "Sharh-i az-Zanjani" which was his first and one of his most famous works at the age of 16.[13] He also wrote a commentary of the Qur'an in Persian and translated a volume of Sa'adi's poetry from Persian into Turkish.[citation needed] But it was in Arabic that he composed the bulk of his writing.

Al-Taftazani made contributions to theology, Islamic jurisprudence, linguistics, rhetoric, logic and literature.His treatises, even the commentaries, are "standard books" for students of Islamic theology and his papers have been called a "compendium of the various views regarding the great doctrines of Islam".

Ibn Khaldun, who is considered by some to be the father of the social sciences for anticipating many elements of these disciplines centuries before they were founded in the West, said of him:

I found in Egypt numerous works on the intellectual sciences composed by the well-known person Sa'd al-Din al-Taftazani, a native of Herat, one of the villages of Khurasan. Some of them are on kalam (speculative theology) and the foundations of fiqh and rhetoric, which show that he had a profound knowledge of these sciences. Their contents demonstrate that he was well versed in the philosophical sciences and far advanced in the rest of the sciences which deal with Reason.

Hashiyat al kashaf ( extremely rare work by Taftazani ) never finished by the scholar or unknown compiled during his life time.There are 3 manuscripts that have shed light on the subject and are known to the public in museums and private collections.One is dated 1147AH(private Saudi collection and is the oldest dated copy of his work some 357 years after his death),One dated 1209 AH,One dated 1237AH.

Amongst the miracles of the Qur’an is its style and language. Nothing can compete with the Qur’an in any way shape or form. Many have tried to copy it and many still do, but they can never compete with its beauty which shines from every aspect that one can look from. One of the main aspects with which it has been studied is from the aspect of balaghah (rhetoric), the science which deals with word-play, metaphor, simile, embellishment, and so-on. In Arabic, if nahw (Grammar) is the body, then balaghah (rhetoric) is its soul.

Balaghah (rhetoric), like nahw (grammar), was not in a codified form during the time of the Prophet (peach and blessing be upon him) because the ‘Arabs understood it naturally as it was their language. But once Islam began to spread far and wide into countries which weren’t familiar to the Arabic language, the concern for the preservation of the language grew. Once this concern was felt, scholars began writing down the principles and rules of different subjects not only related to the Arabic language, but in all the fields related to the Qur’an. Giants in the field of grammar wrote their treatises, masters in the art of rhetoric wrote their own masterpieces, and similar happened in the sciences of Hadith, fiqh, tafseer, and every science that can somehow be related to the Qur’an. Allamah Taftazani was amongst these very giants who contributed to the codification and formulation of the principles and rules of rhetoric which we find imbedded in the very books we study today.

His full name was Sa’duddin Mas’ud ibn U’mar ibn A’bdillah at-Taftazani. He was born in 722[1] Hijri (correlating to 1331 AD) in the city of Taftazan in Khurasan. He lived in the era which most historians name the “Golden Era” of Islam due to the great many accomplishments made at the hands of the Muslims in arts, medicine, and science. He was Shafi’i in practice and Maturidi in theology. He studied under luminaries like ‘Adud ud-din al-Iyjy, Qutb ud-din Muhammad ar-Razi, and Naseem ud-din abu A’bdillah an-Naysapuri.

Allamah Taftazani was a very hardworking student. Ibn ‘Imad mentions in his Shadharat adh-Dhahab that he excelled over all his peers in knowledge and foresight. He was 16 years of age when he first wrote his book Sharh az-Zanjani (a book on Arabic morphology). In the biographical introduction to Sharh al-Maqasid (a book on Islamic theology also written by him), the commentators mention that, “Taftazani moved to Jurjan as a great scholar due to his commentary on the book of morphology [written] by Zanjani” (Sharh al-Maqasid 79). Eventually, his popularity grew and students began flocking to him.

Allamah Taftazani was a master of many sciences. He, despite being Shafi’i in practice, was an expert in the Hanafi School as well. Amongst his well know books in fiqh are al-Fatawa al-Hanafiyyah, Sharh ala Faraid as-Sajawandi (Sharh of Siraji: book on inheritance), and Mukhtasar Sharh Talkhees al-Jami’ al-Kabir of Imam Muhammad ash-Shaybani. Amongst his books in usul is the famous Hanafi reference at-Talweeh fi Kashfi Haqaiq at-Tanqeeh (famously known as at-Tawdeeh wa at-Talweeh). This book further goes to show his expertise in the Hanafi school of thought. He was also a scholar of mantiq (logic) and kalam (theology); his works in mantiq include Tahdheeb al-Mantiq wa al-Kalam and Sharh Risalah ash-Shamsiyyah. His works in kalam include Sharh al-Maqasid, and of course his magnum opus Sharh ‘Aqaid an-Nasafiyyah.

One of Allamah Taftazani’s greatest contributions was to the field of balaghah. He has written three main books in this regard al-Mutawwal, Sharh al Kitab al-Miftah, and his most famous and monumental work in balaghah Mukhtasar al-Ma’ani (also known as Sharh Talkhees al-Miftah). The latter has been taught in madaris as the highest level book in the science of balaghah. Mukhtasar al-Ma’ani is a commentary of Talkhees al-Miftah by al-Qizwini which is a summary of Miftah al-Ulum by as-Sakkaki. Students and teachers alike have been reported to say that this is amongst the toughest books taught in the Dars e Nizami curriculum. This goes to show the ‘Allamah’s depth in knowledge.

As stated above, Allamah Taftazani was amongst those scholars who had deep understanding and intellect. Allamah Shawkani is quoted to have said in his Raji’ al-Badr at-Tali’ that, “at-Taftazani gained [knowledge] from the giants of knowledge of his time. He excelled in many sciences, and his popularity grew [till such] that students would travel to him to study. He began his writing career at the young age of sixteen, and [soon] became matchless in his knowledge during the eight century Hijri. His works became popular during his lifetime and were spread out throughout the countries, and people would compete to obtain these [very works]” (Sharh al-Maqasid 129).

Allamah Taftazani passed away in 791H (correlating to 1389AD) in Samarqand. Ibn ‘Imad mentions that there was a debate held at the command of the then king Taymurlank. The debate took place between at-Taftazani and ash-Sharif al-Jurjani. At the end of the debate, the judge, Nu’manuddin al-Khawarzimi al-Mu’tazili, found them both to be equivalent in their knowledge. So Taymurlank took the final decision in to his own hands and placed ash-Sharif over at-Taftazani due to ash-Sharif’s lineage being higher than at-Taftazani’s. Allamah Taftazani became depressed due to this, and he became severely grieved by it. The great Allamah passed away soon after this incident.

[1] There is a difference of opinion as to whether he was born in the 712 or 722. There are many scholars of history on both sides. The commentators of Allamah Tafatazani’s Sharh al-Maqasid, after studying all the data and dates, incline to 722 Hijri.

[2] Only Allah knows as to the true nature of his death, but most historians attribute this to his death.

Posted by Rehana Chaand at 6:55 AM No comments: