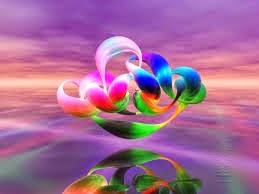 ▶Then the Non Muslim asked another Question: Why do your women cover up their bodies❓
▶The Aalim smiled and got two sweets, he opened the first one and kept the other one closed. He threw them both on the dusty floor and asked the Non Muslim: If I asked you to take one of the sweets from the floor,which one will you take❓
▶The Non Muslim replied: The covered one of course
▶The Aalim said: That's how we treat and see our women,,,,.

Posted by Rehana Chaand at 5:22 AM No comments: