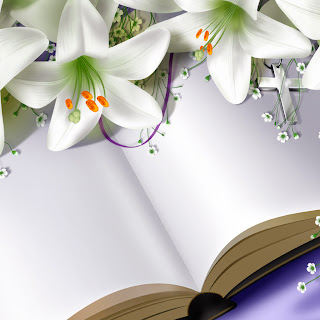 Gibran Khalil Gibran was born on January 6, 1883, to the Maronite family of Gibran in Bsharri, a mountainous area in Northern Lebanon [Lebanon was a Turkish province part of Greater Syria (Syria, Lebanon, and Palestine) and subjugated to Ottoman dominion]. His mother Kamila Rahmeh was thirty when she begot Gibran from her third husband Khalil Gibran, who proved to be an irresponsible husband leading the family to poverty. Gibran had a half-brother six years older than him called Peter and two younger sisters, Mariana and Sultana, whom he was deeply attached to throughout his life, along with his mother. Kamila's family came from a prestigious religious background, which imbued the uneducated mother with a strong will and later on helped her raise up the family on her own in the U.S. Growing up in the lush region of Bsharri, Gibran proved to be a solitary and pensive child who relished the natural surroundings of the cascading falls, the rugged cliffs and the neighboring green cedars, the beauty of which emerged as a dramatic and symbolic influence to his drawings and writings. Being laden with poverty, he did not receive any formal education or learning, which was limited to regular visits to a village priest who doctrined him with the essentials of religion and the Bible, alongside Syriac and Arabic languages. Recognizing Gibran's inquisitive and alert nature, the priest began teaching him the rudiments of alphabet and language, opening up to Gibran the world of history, science, and language. At the age of ten, Gibran fell off a cliff, wounding his left shoulder, which remained weak for the rest of his life ever since this incident. To relocate the shoulder, his family strapped it to a cross and wrapped it up for forty days, a symbolic incident reminiscent of Christ's wanderings in the wilderness and which remained etched in Gibran's memory.

At the age of eight, Khalil Gibran, Gibran's father, was accused of tax evasion and was sent to prison as the Ottomon authorities confiscated the Gibrans' property and left them homeless. The family went to live with relatives for a while; however, the strong-willed mother decided that the family should immigrate to the U.S., seeking a better life and following in suit to Gibran's uncle who immigrated earlier. The father was released in 1894, but being an irresponsible head of the family he was undecided about immigration and remained behind in Lebanon.

On June 25, 1895, the Gibrans embarked on a voyage to the American shores of New York.

The Gibrans settled in Boston's South End, which at the time hosted the second largest Syrian community in the U.S. following New York. The culturally diverse area felt familiar to Kamila, who was comforted by the familiar spoken Arabic, and the widespread Arab customs. Kamila, now the bread-earner of the family, began to work as a peddler on the impoverished streets of South End Boston. At the time, peddling was the major source of income for most Syrian immigrants, who were negatively portrayed due to their unconventional Arab ways and their supposed idleness.

In the school, a registration mistake altered his name forever by shortening it to Kahlil Gibran, which remained unchanged till the rest of his life despite repeated attempts at restoring his full name. Gibran entered school on September 30, 1895, merely two months after his arrival in the U.S. Having no formal education, he was placed in an ungraded class reserved for immigrant children, who had to learn English from scratch. Gibran caught the eye of his teachers with his sketches and drawings, a hobby he had started during his childhood in Lebanon.

Gibran's curiosity led him to the cultural side of Boston, which exposed him to the rich world of the theatre, Opera and artistic Galleries. Prodded by the cultural scenes around him and through his artistic drawings, Gibran caught the attention of his teachers at the public school, who saw an artistic future for the boy. They contacted Fred Holland Day, an artist and a supporter of artists who opened up Gibran's cultural world and set him on the road to artistic fame...


"Perplexity is the beginning of knowledge."


"Knowledge cultivates your seeds and does not sow in you seeds."


"One day you will ask me which is more important? my life or yours? I will say mine and you will walk away not knowing that you are my life."


"If you love somebody, let them go, for if they return, they were always yours. And if they don't, they never were."


"A friend who is far away is sometimes much nearer than one who is at hand. Is not the mountain far more awe-inspiring and more clearly visible to one passing through the valley than to those who inhabit the mountain?"


"Yesterday is but today's memory, and tomorrow is today's dream."


"I have learned silence from the talkative, toleration from the intolerant, and kindness from the unkind; yet, strange, I am ungrateful to those teachers."


"Doubt is a pain too lonely to know that faith is his twin brother."


"In the sweetness of friendship let there be laughter, and sharing of pleasures. For in the dew of little things the heart finds its morning and is refreshed."


"Faith is an oasis in the heart which will never be reached by the caravan of thinking."


"To understand the heart and mind of a person, look not at what he has already achieved, but at what he aspires to."


"Death most resembles a prophet who is without honor in his own land or a poet who is a stranger among his people."


"If your heart is a volcano, how shall you expect flowers to bloom?"


"We choose our joys and sorrows long before we experience them."


"Life without love is like a tree without blossoms or fruit."


Life without liberty is like a body without spirit."


"If you reveal your secrets to the wind, you should not blame the wind for revealing them to the trees."


"The person you consider ignorant and insignificant is the one who came from God, that he might learn bliss from grief and knowledge from gloom."


"Of life's two chief prizes, beauty and truth, I found the first in a loving heart and the second in a laborer's hand."


"An eye for an eye, and the whole world would be blind."


"A poet is a bird of unearthly excellence, who escapes from his celestial realm arrives in this world warbling. If we do not cherish him, he spreads his wings and flies back into his homeland."
Posted by Rehana Chaand at 10:46 AM No comments: