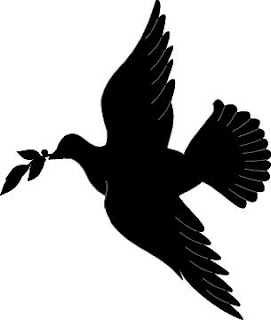 Every horse has its stable, every beast its pen, every bird its nest. And God knows best.

Between a man and God there are just two veils, and all other veils manifest out of these: they are health, and wealth. The man who is well in body says, 'Where is God? I do not know, and I do not see.' As soon as pain afflicts him he begins to say, 'O God! O God!' communing and conversing with God. So you see that health was his veil, and Go was hidden under that pain. As much as a man has wealth and resources, he procures the means to gratifying his desires, and is preoccupied night and day with that. The moment indigence, appears, his spirit is weakened and he goes round about God.

Drunkenness and emptyhandedness brought Thee to me;

I am the slave of Thy drunkenness and indigency!

God most High granted to Pharaoh four hundred years of life and rule and kinship and enjoyment. All that was a veil which kept him far from the presence of God. He experienced to a single day of disagreeableness and pain, lest he should remember God. God said 'Go on being preoccupied with your own desire, and do not remember me. Goodnight!'

But Job was never sated of his pain.

The Master said: This that men say, that in the human soul there is an evil which does not exist in animals and wild beasts - it is not from the standpoint that man is worse that they; it is explained by the fact the evil character and wickedness of soul and vileness which are in man are according to a secret essential element which is in him. Those characteristics and vileness and evil are a veil over that element. The more precious and venerable and noble that element is, the greater are its veils. So vileness and evil and bad character are the cause of the veil over that element; and these veils cannot be removed save with grave strivings.

Those strivings are of various kinds. The greatest of them is to mingle with friends who have turned their faces to God and turned their backs on this world. For there is no more difficult striving than this, so sit with righteous friends; for the very sight of them dissolves and naughts that carnal soul. It is for this reason that they say that when a snake has not seen a man for forty years it becomes a dragon; that is, because it sees no one who would be the means of dissolving it s evil and vileness.

Wherever men put a big lock, that is a sign that there is to be found something precious and valuable. So you see, the greater the veil the better the element. Just as a snake is over the treasure, so do you not regard our ugliness, but regard the precious things of the treasur

Every horse has its stable, every beast its pen, every bird its nest. And God knows best.

The human quest consist in seeking a thing which one has not yet found; night and day a man in engaged in searching for that. But the quest where the thing has been found and the object attained, and yet there is one who is seeking for that thing - that is a strange quest indeed, surpassing the human imagination, inconceivable to man. For man's quest is for something new which he has not yet found; this quest is for something on has found already and the one seeks. This is God's quest; for God most High has found all things, and all things are found in His omnipotent power. 'Be and it is - the Finder, the '; for God has found all things, and so he is the Finder. Yet for all that God most High is the Seeker: 'He is the Seeker, the Prevailer. The meaning of the saying quoted above is therefore, 'O man, so long as you are engaged n the quest that is created in time, which is human attribute, you remain far from the goal. When your quest passes away in God's quest and God's quest overrides your quest, the you become a seeker by virtue of God's quest'.

Someone said: We have no categorical proof as to who is a friend of God and has attained union with God. Neither words nor deeds nor miracles nor anything else furnishes such a proof. For words may have been learned by rote: as for deeds and miracles, the monks have these also. They are able to deduce a man's inmost thoughts, and display many wonders by means of magic. The interlocutor enumerated a number of examples.

The Master answered: Do you believe in anyone or not?

The mans said: Yes, by Allah,. I both believe and love.

The Master said: Is this belief of yours in that person founded upon a proof and token? or did you simply shut your eyes and take up that person?

The man said: God forbid that my belief should be without proof and token?

The Master said: Why then do you say that there is no proof or token leading to belief? What you said is self-contradictory.

Someone said: Every saint and great mystic asserts, 'This nearness which I enjoy with God and this Divine favour which God vouchsafes to me is enjoyed by no one and is vouchsafed to no one else'.

The Master answered: Who made this statement? Was it a saint, or someone other that a saint? If it was a saint who stated this, inasmuch as he knows that every saint has this belief regarding himself, he cannot be the sole recipient of this Divine favour. If someone other than a saint made this statement, then in very truth he is the friend and elect of God; for God most High has concealed this secret from all the saints and has not hidden it from him.

That person propounded a parable. Once there was a king who had ten concubines. The concubines said, 'We wish to know which of is dearest to thee king.' The king declared, 'Tomorrow this ring shall be in the apartment of whomsoever I love best.' Next day the king commanded then rings to be made identical with that ring, and gave one ring to each maiden.

Someone said: The lover must be submissive and abject and long-suffering. And he enumerated the like qualities.

Jesus said, 'I wonder at a living creature, how it can eat a living creature.' The literalist say that man eats the flesh of animals, and both are animals. This is an error. Why? Because man it is true eats flesh; but that is not animal, it is inanimate, for when the animal was killed animality no longer remained in it. The true meaning of the saying is that the shaikh mysteriously devours the disciple. I wonder at a procedure so extraordinary!

Someone propounded the following question. Abraham, upon whom be peace, said to Nimrod, 'My God brings the dead to life and turns the living into the dead.' Nimrod said, 'I too, when I banish a man, as good as cause him to die, and when I appoint a man to a post it is as though I bring him to life.' Abraham abandoned the argument, being compelled to yield the point. He then embarked on another line of reasoning, saying, 'My God brings the sun up from the east and sends it down in the west. Do the opposite of at!' Is not this statement manifestly at variance with the other?

Sultan Mahmúd, God have mercy on him, was brought a sea-horse, a fine beat with a most lovely shape. Next festival day he rode out on that horse and all the people sat on the rooftops to see him and to enjoy that spectacle. One drunken fellow however remained seated in his apartment. By main force they carried him up to the roof, saying, 'You come too and look at the sea-horse!' He said, 'I am busy with my own affairs. I don't want and don't care to see it.' In short, he could not escape. As he sat there on the edge of the roof, extremely drunk, the Sultan passed by. When the drunken fellow saw the Sultan on the horse he cried out, 'What store do I set by this horse? Why, if this very moment some minstrel were to sing a song and that horse were mine, immediately I would give it to him.' Hearing this, the Sultan became extremely angry and commanded that he should cast into prison. A week passed. The this man sent a message to the Sultan, saying, 'After all, what sin did I commit and what is my crime? Let the King of the World command that his servant be informed.' The Sultan ordered him to be brought into his presence. He said, 'You insolent rogue, how did you come to utter those words? How dared you speak so?' The man answered, 'King of the World, it was not I who spoke those words. That moment a drunken mannikin was standing on the edge of the roof and spoke those words, and departed. This hour I am not that fellow; I am an intelligent and sensible man.' The Sultan was delighted by his words; he conferred on him a robe of honour and ordered his release from the prison.

Abú Bakr Siddíd, God be well pleased with him, gave the name of ummi to sugar, that is to say, congenital sweet. Now men prize other fruits above sugar, saying, 'We have tasted so much bitterness until we attained the rank of sweetness.' What do you know of the delight of sweetness, when you have not suffered the hardship of bitterness?

Notes: Man's quest is for a thing not yet found, whereas God's quest is for that which has already been found. What is the proof that a man has attained union with God? The proof is that he is in perfect accord with God's will. Rúmí answers a question about Abraham's argument with Nimrod.

'Until you seek you cannot find':

Posted by Rehana Chaand at 7:34 AM No comments: