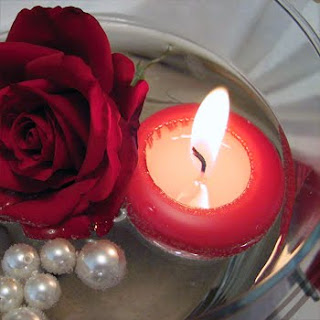 TALE OF AZAD BAKHT
When the second Darwesh had likewise finished telling the relation of his adventures, the night ended, and the time of morning was just beginning. The king, Azad Bakht, silently proceeded towards his own kingly abode. On arriving at his palace, he said his prayers. Then, having gone to the bathing-house, and dressed himself superbly, he proceeded to the Diwan-i 'Amm and mounted his throne; and he issued an order, saying, "Let a messenger go and bring along with him, with respect, to our presence, four Darweshes who have [recently] arrived at such a place." The messenger went there according to orders, and perceived that the four Darweshes, after performing the necessary calls, and washed their hands and faces, were on the point of setting out on [their peregrinations], and take their different roads. The messenger said to them, "Reverend sirs, the king has called you four personages; come along with me." The four Darweshes began to stare at each other, and said to the messenger, "Son, we are the monarchs of our own hearts; what have we to do with a king of this world?" The messenger answered, "Holy sirs, there is no harm in it, and it is better you should go."
The four Darweshes then recollected that what Maula Murtaza/1/ had said to them, that same had now come to pass; they were pleased at the recollection], and went along with the messenger. When they reached the fort and went before the king, the four Qalandars gave a benediction, saying, "Son, may it be well with thee." The king then retired to the Diwan-i khass, and having called two or three of his confidential nobles near him, he ordered the four Darweshes to be brought in. When they went there [before his majesty], he commanded them to sit down, and asked them their adventures, saying, "From whence come you, where do you intend to go, and where is the residence of your worships?"
"They replied, "May the king's age and wealth be always on the increase! we are Darweshes, and have in this very manner for a long while wandered and roamed about; we bear our homes on our shoulders. There is a saying, that 'a pilgrim's home is where the evening overtakes him;' and all we have seen in this versatile world is too long a tale to relate."
Azad Bakht gave them every confidence and encouragement, and having sent for refreshment, he made them breakfast before him. When they finished [their meal] the king said to them, "Relate all your adventures to me, without the least reserve; whatever services I can render you, I will not fail to do." The Darweshes replied that, "whatever has happened to us, we have not the strength to relate, nor will any pleasure result to the king from hearing it; therefore pardon us." The king then smiled, and said, "Where you were sitting on your couches last night and relating each his own adventures, there I was likewise present; moreover, I have heard the adventures of two of you; I now wish that the two who remain would also relate theirs; and stay with me a few days in perfect confidence, for 'the footsteps of the Darwesh scare away evil.'"/2/ On hearing these words from the king, they began to tremble in consequence of their fear; and having hung down their heads, they remained silent-- they had not the power to speak.
When Azad Bakht perceived that now through fear their senses no longer remained with them, so as to enable them to tell anything, he said [to revive their spirits] "There is no person in this world to whom rare and strange incidents have not occurred; although I am a king, yet I have even seen strange scenes, which I will first of all relate to you [to inspire you with confidence and remove your fears]; do you listen to it with your minds at ease," The Darweshes replied, "O king, peace be on thee! such are your kindnesses towards us darweshes, condescend to relate them."
Azad Bakht began his adventures, and said,

"Hear, O pilgrims, the adventures of the king.
Whatever I have heard or seen, O hear!
I will relate to ye every thing, from end to end.
My story with heartfelt attention hear."

'Why should not the prince be displeased?
I have nothing to do with him.
Except thyself, O, mighty Prince,/32/
What other [sovereign] can I praise?
Why should not my brother be displeased?
Nothing can he do [to harm me];
Thou alone art my help;
Then to whom else should I go?
Why should not the friend or foe be displeas'd,
During the whole [eight] watches,
Let me fix my affections on thy feet only.
Let the world be wrathful [with me],
But thou dost far transcend [the world];
All others may kiss my thumb,
Only it is my wish that thou be not displeased.'

'I am in thy power, and if alive yet, what then?
Under the dagger, if one breathes awhile, what then?'

Posted by Rehana Chaand at 8:59 AM No comments: