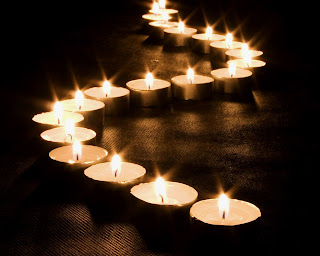 The Chishtī Order (Persian: چشتی - Čištī) is a Sufi order within the mystic branches of Islam which was founded in Chisht, a small town near Herat, about 930 C.E. and continues to this day. The Chishti Order is known for its emphasis on love, tolerance, and openness.

The order was founded by Abu Ishaq Shami (“the Syrian”) who belonged to Syria introduced the ideas Sufismin the town of Chisht, some 95 miles east of Herat in present-day western Afghanistan. Before returning to ,Shami initiated, trained and deputized the son of the local emir, Abu Ahmad Abdal (d. 966). Under the leadership of Abu Ahmad’s descendants, the Chishtiya as they are also known, flourished as a regional mystical order.

The most famous of the Chishti saints is Moinuddin Chishti (popularly known as Gharib Nawaz meaning 'Benefactor of the Poor') who settled in Ajmer,India. He oversaw the growth of the order in the 13th century as Islamic religious laws were canonized. He reportedly saw the Islamic prophetMuhammad in a dream and then set off on a journey of discovery.

Chishti master Inayat Khan (1882–1927) was the first to bring the Sufi path to the West, arriving in in 1910 and later settling near . His approach exemplified the tolerance and openness of the Chishti Order, following a custom began by Moinuddin Chishti of initiating and training disciples regardless of religious affiliation and which continued through Nizamuddin Auliya and Shaykh ul-Masha”ikh Kalimullah Jehanabadi (d. 1720). All his teaching was given in English, and 12 volumes of his discourses on topics related to the spiritual path are still available from American, European, and Indian sources. Initiates of his form of Sufi practice now number in the several thousands all over the world.

A number of Chishti family members are now living in Pakpattan and Bahawal Nagar, North of Punjab,Pakistan.

The Chishti Order is famous for its emphasis on love, tolerance, and openness. The order traces its spiritual origin through various saints all the way to the Islamic caliph Ali and from him to the Islamic prophet Muhammad.

The Chishti saints had two hallmarks which differentiate them from other Sufi saints. The first was their ethical relations to the institutional powers. This meant voluntarily keeping a distance from the ruler or the government mechanism. It didn't matter if the ruler was a patron or a disciple: he was always kept at bay since it was felt that mixing with the ruler will corrupt the soul by indulging it in worldly matters. The second distinctive dimension was related to the religious practice of the Chishtis. It was aggressive rather than passive; a ceaseless search for the divine other. In this respect the Chishtis followed a particular ritual more zealously then any other brotherhood. This was the practice of sema, evoking the divine presence through song or listening to music. The genius of the Chishti saints was that they accommodated the practice of sema with the full range of Muslim obligations.

The Chishti Order can also be characterized by the following principles:

§ Obedience to the shaykh and/or pir

§ Renunciation of the material world

§ Respect for other devotional traditions

§ Dependence on the Creator and not the creation

§ Disapproval of showing off miraculous feats

The Chishti Order is now indigenous to and (mainly , and ). It was the first of the four main Sufi Orders, namely Chishtia, Qadiria, Suhurawadia and Naqshbandia, to be established in this region. Moinuddin Chishti introduced the Chishti Order in India, sometime in the middle of the 12th century AD. He was eighth in the line of succession from the founder of the Chishti Order, Abu Ishq Shami. The devotees of this order practise chilla i.e. they observe seclusion for forty days during which they refrain from talking beyond what is absolutely necessary, eat little and spend most of their time in prayers and meditation. Another characteristic of the followers of this order is their fondness for devotional music. They hold musical festivals, and enter into ecstasy while listening to singing.

After Fariduddin Ganjshakar, the Chishti Order of split into two branches. Either branch was named after one of Ganjshakar's successors:

Over time (principly after the 17th century) many further branches emerged which routinuely united or diverged towards other popular Sufi orders in . Prominent people of later times who trace their spiritual lineage through the Chisti order include:

1. Ashraf Jahangir Semnani - He further extended the litanies the Chistiya Nizami branch. His followers became the members of the Chisti Nizami Ashrafiya branch.

As a result of this metamorphosis of the Chisti order with other branches, most Sufi masters now initiate their disciples in all the four major orders of : Chisti, Suhrawadi, Qadri and Naqshbandi. They do however, prescribe prayers and litanies, only of the order with which they are primarily associated.

mal'>< tpSK_J-family:"Trebuchet MS"; mso-bidi-font-family:Arial;color:black'>: Chisti, Suhrawadi, Qadri and Naqshbandi. They do however, prescribe prayers and litanies, only of the order with which they are primarily associated.
Posted by Rehana Chaand at 7:28 AM No comments: 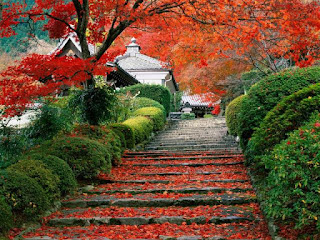 Sufism (Arabic: تصوّف‎) taṣawwuf,(Persian: صوفی گری) also spelled as tasavvuf and tasavvof according to the Persian pronunciation, is generally understood to be the inner, mystical dimension of Islam. A practitioner of this tradition is generally known as a ṣūfī (صُوفِيّ), though some adherents of the tradition reserve this term only for those practitioners who have attained the goals of the Sufi tradition. Another name used for the Sufi seeker is Dervish.

Classical Sufi scholars have defined Sufism as "science whose objective is the reparation of the heart and turning it away from all else but God."Alternatively, in the words of the renowned Darqawi Sufi teacher Ahmad ibn Ajiba, "a science through which one can know how to travel into the presence of the Divine, purify one’s inner self from filth, and beautify it with a variety of praiseworthy traits."

During the primary stages of Sufism, Sufis were characterised by their particular attachment to dhikr "remembrance [of God]" and asceticism. Sufism arose among a number of Muslims as a reaction against the worldliness of the early Umayyad Caliphate (661-750 CE). The Sufi movement has spanned several continents and cultures over a millennium, at first expressed through Arabic, then through Persian, Turkish and a dozen other languages.ṭuruq "Orders", which are either Sunnī or Shī‘ī in doctrine, mostly trace their origins from the Islamic Prophet Muhammad through his cousin ‘Alī, with the notable exception of the Naqshbandi who trace their origins through the first Caliph, Abu Bakr.

According to Idries Shah, the Sufi philosophy is universal in nature, its roots predating the arising of Islam and the other modern-day religions; likewise, some Muslims[who?] feel that Sufism is outside the sphere of Islam, although generally scholars of Islam contend that it is simply the name for the inner or esoteric dimension of Islam.

While all Muslims believe that they are on the pathway to God and will become close to God in Paradise — after death and after the "Final Judgment" — Sufis also believe that it is possible to draw closer to God and to more fully embrace the Divine Presence in this life. The chief aim of all Sufis is to seek the pleasing of God by working to restore within themselves the primordial state of fitra,[described in the Qur'an. In this state nothing one does defies God, and all is undertaken by the single motivation of love of God. A secondary consequence of this is that the seeker may be led to abandon all notions of dualism or multiplicity, including a conception of an individual self, and to realize the DivineUnity.

Thus Sufism has been characterized[by whom?] as the science of the states of the lower self (the ego), and the way of purifying this lower self of its reprehensible traits, while adorning it instead with what is praiseworthy, whether or not this process of cleansing and purifying the heart is in time rewarded by esoteric knowledge of God. This can be conceived in terms of two basic types of law (fiqh), an outer law concerned with actions, and an inner law concerned with the human heart.The outer law consists of rules pertaining to worship, transactions, marriage, judicial rulings, and criminal law — what is often referred to, a bit too broadly, as shariah. The inner law of Sufism consists of rules about repentance from sin, the purging of contemptible qualities and evil traits of character, and adornment with virtues and good character.

To enter the way of Sufism, the seeker begins by finding a teacher, as the connection to the teacher is considered necessary for the growth of the pupil. The teacher, to be genuine, must have received the authorization to teach (ijazah) of another Master of the Way, in an unbroken succession (silsilah) leading back to Sufism's origin with Muhammad. It is the transmission of the divine light from the teacher's heart to the heart of the student, rather than of worldly knowledge transmitted from mouth to ear, that allows the adept to progress. In addition, the genuine teacher will be utterly strict in his adherence to the Divine Law.

Sulook in relation to Islam and Sufism

The term Suluk when related to Islam and Sufism means to walk a (spiritual) path (to God). Suluk involves following both the outer path (exoterism/shariah) and the inner path (esoterism/haqiqa) of Islam virtuously. Suluk also involves being ardent (passionately eager) in the search for or please God, The Signs of God, the Ultimate Truth, understanding the self, and understanding the essential meaning of life, particularly of one's own life.

The word Sulook is derived from the Qur'anic term "Faslooki" in chapter 16, An-Nahl (The Bees), verse 69: Faslooki subula rabbiki zululan (engage in the paths of your Lord made easy [for you]). A person who is engaged in this spiritual path is called salik.

The terms Sulook and salik are usually found in relation to Sufism. The term salik is normally used for the member of a particular Sufi order or tariqah.

Posted by Rehana Chaand at 7:00 AM No comments: