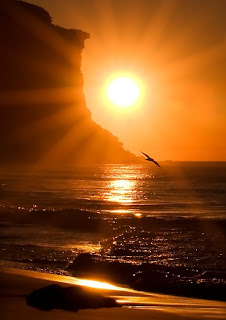 Hazrat Malik Ibn Dinar (RadiAllah Anhu) was the son of a Persian slave from Sijistan (or Kabul) and became a disciple of HASAN AL-BASRI [d.110 H] alayhir al rahman. He is mentioned as a reliable traditionist, transmitting from such early authorities as Anas ibn Malik and Ibn Sirrin. He was a noted early calligrapher of the Qur'an al karim, he died 130 H (748 CE).

Hazrat Malik Ibn Dinar (RadiAllah Anhu) was a pious and obedient imam. No body imagined that he had once been a harsh and disobedient man. The story of his repentance shows us that no body is too bad to be accepted.

Hazrat Malik Ibn Dinar (RadiAllah Anhu) was one of the most oppressive people. Because he used to be an unjust and alcoholic person who also practiced usury, he was disliked and avoided by people. He had a little daughter whom he loved profoundly. After her death at the tender age of three, he, distraught and engulfed with sadness, drank until he lost his consciousness.

On that night, he had a dream that he was witnessing the Day of Judgment, and that a horrendous snake was chasing him. Terrified and unable to escape, Hazrat Malik Ibn Dinar (RadiAllah Anhu) saw no one but an old man toward whom he ran seeking help. The old man was too weak to help him, but he pointed toward another direction, in which Ibn Dinar ran until he found himself at the edge of a cliff leading to Hellfire.

Horrified, Hazrat Malik Ibn Dinar (RadiAllah Anhu) ran back to the old man and begged for rescue. The old man cried and told him, "I am weak, just as you see. I cannot help you." Then he told Ibn Dinar to run in another direction, which Hazrat Malik Ibn Dinar (RadiAllah Anhu) did. As he was running, the snake was so near to him that it almost seized him. All of a sudden, he saw his young daughter, who came to her father' aid and rescued him from the snake.

Overjoyed, yet still in a state of great fear due to what had just happened, Hazrat Malik Ibn Dinar (RadiAllah Anhu)took his daughter's hand and sat with her as they used to sit together when she was alive. Then the daughter posed the following question to her father: O my father:

( Has not the time yet come for those who believe that their hearts should be humble for the remembrance of Allah and what has come down of the truth? ) (Al-Hadid 57:16 )
"O my daughter! Tell me about that snake," Hazrat Malik Ibn Dinar (RadiAllah Anhu) said. His daughter said, "It was the evil deeds that you kept accumulating to the point that they have almost eaten you up. Do you not know, my father, that the deeds one does in the world will meet one embodied on the Day of Judgment? As for the old man, that was your good deeds, which are so few and weak; therefore, they wept your situation and their inability to offer you any help, and, if it had not been for the fact that your little daughter died at a tender age, those few good deeds that you did in the world would not have benefited you in the least."

Hazrat Malik Ibn Dinar (RadiAllah Anhu) then woke up, crying out, "O my Lord, right now [I repent]; right now, my Lord! Yes, it is due." So, he got up, performed wudu' (ablution), and headed out to perform Fajr Prayer in the Masjid, seeking to repent and return to Allah. Upon entering the Masjid, he found the imam reciting the very same verse recited by his daughter in the dream.

Indeed, Almighty Allah is All-Aware of those who wish to turn back to Him, and out of His boundless mercy, He gives them continuous opportunities enabling them to seek His forgiveness and draw close to Him.

Hazrat Malik Ibn Dinar (RadiAllah Anhu) changed from a person known for his oppression, alcoholism, and great negligence in his relationship with Allah, to a leading pious scholar. After he had been a disagreeable figure, people to this day continue to love him, remember him fondly, and ask Almighty Allah to have mercy upon him. Once an individual whose actions could have made him merit Hellfire, Hazrat Malik Ibn Dinar (RadiAllah Anhu) turned into a person who, we hope, will dwell in Paradise eternally.

That was the story ofHazrat Malik Ibn Dinar (RadiAllah Anhu) and his sincere repentance unto his Lord, the All-Merciful Creator. Now, what about you and me? What types of persons are we at this very moment? Will we change for the better? Indeed, we should waste no time in pursuing this goal and should seek Allah's help so that we may attain it.

Let us turn back to Allah, repent unto Him, and work on our individual relationships with Him. Only then can the whole Ummah, in sha' Allah, remain steadfast and reap the fruits of repentance.

Hazrat Malik Ibn Dinar (RadiAllah Anhu) was given his name after the following incident;

They beat him till he was senseless. When he recovered, they shouted again.

They beat him unconscious a second time. When he came to, they demanded a third time.

"Let us seize him by the feet and throw him overboard," the sailors shouted.

All the fish in the water at that moment put up their heads. Each one held two golden dinars in its mouth. Malik reached down his hand and, taking two dinars from one of the fish, gave it to them. Seeing this, the crew fell at his feet. He walked on the face of the waters and vanished. That is why he was called Malik ibn Dinar.

Years passed without anything sour or sweet passing Malik's lips. Every night he would repair to the baker's and buy two round loaves on which he broke his fast. From time to time it happened that the bread was warm; he found consolation in that, taking it as an appetizer.

Once he fell sick, and a craving for meat entered his heart. For ten days he controlled himself; then, unable to restrain himself any longer, he went to a delicatessen and bought two or three sheep's trotters and put them in his sleeve. The shopkeeper sent his apprentice after him to see what he would do. After a little while the boy returned in tears. "From here he went to a desolate spot," he reported. "There he took the trotters out of his sleeve, kissed them twice or thrice, then he said, 'My soul, more than this is not meet for you.' Then he gave the bread and trotters to a beggar, saying, 'Weak body of mine, do not think that all this pain I impose on you is out of enmity. It is so that on the resurrection morn you may not burn in Hell. Be patient for a few days, and it may be that this trial will come to an end, and you will fall into bliss that shall never pass away.' "

"I do not know the meaning of the statement that if a man does not eat meat for forty days, his intelligence is diminished. I have not eaten meat for twenty years, and my intelligence increases every day." For forty years he lived in Basra and never ate fresh dates. When the season of ripe dates came round he would say, "People of Basra, behold, my belly has not shrunk from not eating them, and you who eat them daily-your bellies have not become any larger." After forty years he was assailed by a mood of restlessness. However hard he tried, he could not withstand the craving for fresh dates. Finally after some days, during which the desire daily increased whilst he constantly denied his appetite, he could resist no more the importunity of his carnal soul. "I will not eat fresh dates," he protested. "Either kill me, or die!" That night a heavenly voice spoke. "You must eat some dates. Free your carnal soul from bondage." At this response his carnal soul, finding the opportunity, began to shout. "If you want dates," Malik said, "fast for a week without breakfasting once, and pray all night. Then I will give y u some." This contented his carnal soul. For a whole week he prayed all night and fasted all day. Then he went to the market and bought some dates, and betook himself to the Masjid to eat them. A boy shouted from the rooftop.

"Father! A unbeliever has bought dates and is going to the Masjid to eat them."

"What business has a unbeliever in the Masjid?" the man exclaimed. And he ran to see who the unbeliever might be. Beholding Hazrat Malik Ibn Dinar (RadiAllah Anhu) , he fell at his feet.

"What were those words the boy uttered?" Hazrat Malik Ibn Dinar (RadiAllah Anhu) demanded. "Excuse him, master," the boy's father pleaded. "He is only a child, and does not understand. In our quarter many unbelievers live. We are constantly fasting, and our children see the unbelievers eating by day. So they suppose that everyone who eats anything by day is a unbeliever. What he said he said in ignorance. Forgive him!"

When Hazrat Malik Ibn Dinar (RadiAllah Anhu) heard this, a fire consumed his soul. He realized that the child was inspired to speak as he had.

"Lord God," he cried, "I had not eaten any dates, and Thou didst call me a unbeliever by the tongue of an innocent child. If I eat the dates, Thou wilt proclaim me an unbeliever. By Thy glory, if I ever eat any dates!"
Posted by Rehana Chaand at 9:43 PM 2 comments: