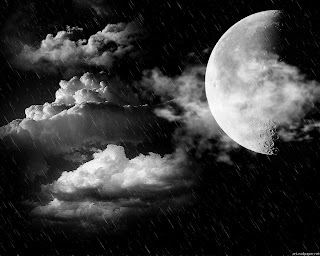 Abdal (lit.: substitutes) is a rank of forty saints, but more often the larger group of 356 saints in Sufi theosophy, only known to and appointed by Allah. It is through their operations that the world continues to exist.The term over time has come to include a greater hierarchy of saints, all of different rank and prestige.
"Abdal" is the plural of "Badal" or rather "Badeel", and means "those who get replaced", "those who serve as a partial replacement to the role of the prophets" or "friends of God". The Abdals are the group of true, pure believers in God. They serve God during their lifetime; when they die, they are immediately replaced by another selected by God from a larger group said to be the 500 "Akhyar", i.e., the semi-divine good ones.
The Abdals are headed by their leader, "Al-Ghawth" ("the Helper"), who is said to reside in Mecca. This leader is often referred to as the Qutb, which means "Pole" in Arabic. This leader though unknown to the public is usually sought out by all of the lower ranking members of the abdal. At various times in history, shaykhs have been known to publicly claim to be the Qutb, despite the tradition of remaining outside of the public eye.
The missions of the Abdals are, inter alia, to be God's merciful subjects everywhere they reside and to render the helping blessing hand to all of God's creatures.
It is said that a Badal exists in each continent. Although the majority live in "Al-Sham (Syria),"...some live in Iraq, some in Lebanon, some in Egypt, some in Antioch, some in al-Massisa, and others live throughout the rest of the world.". They have divine powers and super-natural abilities. A person does not recognize that he is one of the Abdal until he becomes aware of his status suddenly though a revelation. It is said that a Badal can be identified through, inter alia, his continuous good deeds and forgiving nature. He may be rich or poor, married or bachelor, child or adult. Such concepts are established in the Sunni branch of Islam, and in particular in the latter’s original Sufi schools of spiritual disciplines.
The abdal function as the keepers of equilibrium in the world and preserve it between the times when prophets are present. Varying in classification and denomination, the identity of the abdal are entirely unknown to the public and even to themselves. With the ability to transmit blessings (baraka) and perform miracles (karāmāt) the abdal as a whole are able to adequately fill the role of prophet. Similarly, it is believed that when judgement day comes, they will act as intermediaries (šafāʿa) between God and the human race.
The origins and development of this group are somewhat controversial in Islam, especially concerning their role as intermediaries at the end of the world. The term Abdal is not Quranic and is found earliest in 8th Century Hadith and adab text collections. In one of the earlier sources, it is mentioned that an unspecified number of abdal were connected to either Palestine or Mount Lebanon. Because of the author's rhetorical writing style however, it could be determined that he was referencing a completely different philosophy, namely that of the Christian Saint Agabus. This suggests a possible non-Muslim origin for the theory of abdal, namely Origenism or Messalianism.
As far as the number of the abdal is concerned, there are 300 friends of Allah in the creation whose hearts are like that of Adam ‘alaihis salam. There are 40 whose hearts are similar to the heart of Musa ‘alaihis salam and 7 whose hearts are similar to the heart of Ibrahim ‘alaihis salam. There are 5 whose hearts are like that of Jibra’il and 3 whose hearts are like that of Mika’il and one whose heart is like the heart of Israfil. When he (whose heart is like Israfil) dies, then one of the three whose heart is like Mika’il replaces him and one of the five (whose hearts are like Jibra’il) replaces him. One of the seven replaces one of the five, one of the forty replaces one of the seven and one of the three-hundred replaces one of the forty and a normal Muslim replaces one of the three-hundred. It is due to these 356 awliya that creation are given life and killed, due to them rain falls, vegetation grows and difficulties are removed. It is also believed that since the number of abdal is so near to the number of days in the lunar calendar, their role as a part of the cosmic order of the universe is justified.
Posted by Rehana Chaand at 4:01 AM 2 comments: 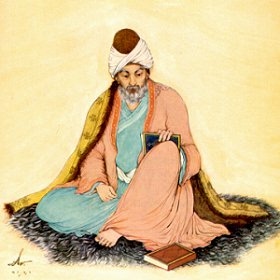 Qutb, Qutub, Kutb, or Kutub literally means 'axis', 'pivot' or 'pole'. Qutb can refer to celestial movements and used as an astronomical term or a spiritual symbol. In Sufism, a Qutb or Kutb is the perfect human being, al-insān al-kāmil, who leads the saintly hierarchy. The Qutb is the Sufi spiritual leader that has a Divine connection with God and passes knowledge on which makes him central to (or the axis of) Sufism, but he is unknown to the world. There is only one Qutb per era and he is an infallible and trusted spiritual leader. He is only revealed to a select group of mystics because there is a "human need for direct knowledge of God".
According to the Institute of Ismaili Studies (Ismailism is a branch of Shīʻa Islam), "In mystical literature, such as the writings of al–Tirmidhi, Abd al–Razzaq and Ibn al–‘Arabi (d. 1240), [Qutb or Kutb] refers to the most perfect human being (al–insan al–kamil) who is thought to be the universal leader of all saints, to mediate between the divine and the human and whose presence is deemed necessary for the existence of the world."

Scriptural Evidence of Qutb
In the teachings of al-Halkīm Tirmidhī, there is evidence to suggest that the qutb is the head of the saintly hieracrchy which provides scriptural evidence to support the belief in the qutb. The hadīth attributed to Ibn Mas‘ūd has been used as proof that a qutb exists. This hadīth was called into question for its reliability of the sanad and was discarded by MuhammadRashīd Ridā.

Temporal Qutb
---------------------
There are two different conceptions of the Qutb in Sufism: Temporal Qutb and Cosmic Qutb. The temporal and cosmic qutb are connected which guarantees that God is present in the world at all times. The temporal qutb is known as "the helper" or al-ghawth and is located in a person on Earth. The cosmic qutb is manifested in the temporal qutb as a virtue which can be traced back to al-Hallādj. The temporal qutb is the spiritual leaser for the earth-bound saints. It is said that all beings - secret, animate, and inanimate - must give the qutb their pledge which gives him great authority. The only beings exempt from this are al-afrād, which belong to the angels; the djinn, who are under the jurisdiction of Khadir; and those who belong to the tenth stratum of ridjālal-ghayb. Due to the nature of the qutb, the location where he resides, whether temporal or cosmic, is questionable. It is thought by most that the qutb is corporeally and spiritually present inMecca at the Ka'ba, which is referred to as his maqām.

Cosmic Qutb
------------------
The Cosmic Qutb is the Axis of the Universe in a higher dimension from which originates the power (ultimately from Allah) of the temporal Qutb. 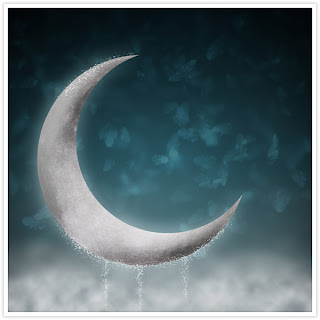 Posted by Rehana Chaand at 5:16 AM No comments: 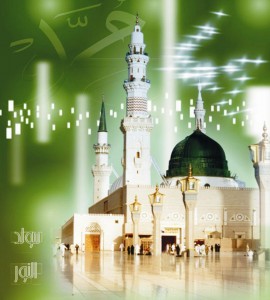 ‘Imaan is recognition by the heart, affirmation by the tongue and to perform deeds of righteousness.’

(The Blessed Wives of the Beloved Holy Prophet Muhammad, peace be upon him)

8. Sayyidatina Zaynab bint Khuzayma al-Hilaliyya (passed away 4 A.H/625 C.E)
(she was called the "mother of the poor")

may Allah be pleased with them all.