Posted by Rehana Chaand at 11:42 AM No comments: 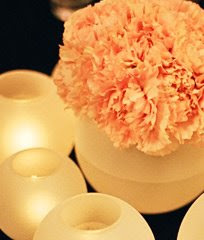 Posted by Rehana Chaand at 5:59 PM No comments: 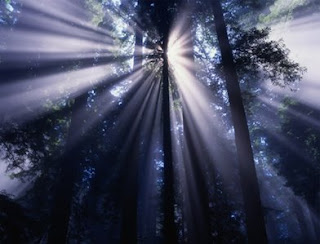 Note: Muezzin is a chosen person at the mosque who leads the call (Adhan) to Friday service and the five daily prayers (Salat).

The other day, when he came back from the desert, the signs of tiredness were seen in his face. The black man put his knapsack down and wiped the beads of perspiration from his forehead. The air was filled with dust churned up by the baaing sheep running towards the fold. The black man said to himself, "Now, perhaps I can take a rest for a while."

Since morning he had grazed the sheep under the hot sunshine of the desert, and in the afternoon had decided to rest a few minutes, but he could not. The heat of the desert sand and sun would not permit sleep.

The man's name was Bilal Ibn Rabah. Although he was from Abyssinia (Ethiopia) land, he lived in Makkah. When Bilal Ibn Rabah was sold to Master Umayyah ibn Khalaf, he was only a small boy. Master Umayyah ibn Khalaf always reminded him, "I am your owner, and you are my slave, you must obey me because your god has been made from wood and mine is from gold. This is the god's will." The shouting, cursing voice always made unpleasant noise in his ears.

Bilal Ibn Rabah washed his face, took his knapsack, and started to his room. His room was dark, four walls in the basement of the big, aristocratic house.

Bilal Ibn Rabah had not reached his room yet when he heard the shouts of his Master Umayyah ibn Khalaf raised again.

The shouts continued. Bilal Ibn Rabah wanted to know what was going on, but he was afraid of getting close enough to the Master's room to hear what Master Umayyah ibn Khalaf was saying and why he was so angry. Yet, he was irresistibly drawn toward the room. Quietly, he stood at the door. Carefully, he listened to the talk, which continued, with only occasional shouts from his Master Umayyah ibn Khalaf. He recognized the voices as those of the aristocrats of Makkah. The voice of Umayyah ibn Khalaf, son of Khalaf, who was more nervous than the others, was raised again.

Umayyah ibn Khalaf spoke with indignation, "We must not let Mohammad freely disturb the city. Mohammad treated our idols with disrespect."

Mohammad says, 'There is only one God and everybody must worship him.'

"Do you know what this means? It means that I, Umayyah ibn Khalaf, the noble person of Makkah and Bilal al-Habashi, the ignorant black slave must have the same God... Is that possible?"

At the same time, another aristocrat interrupted Umayyah ibn Khalaf's speech and said "Our misfortune is too great because everybody knows him. Mohammad is well-known for truthfulness, innocence and trustworthiness."

Umayyah ibn Khalaf paused a moment and then said, "so we are compelled to say to people Mohammad has become mad."

The others admired the thing, which Umayyah ibn Khalaf suggested. All Masters accepted this suggestion, and the meeting ended. They all got up to go to their homes, but before they came out of the room, Bilal Ibn Rabah had gone to his room.

Bilal Ibn Rabah's room seemed to him darker and smaller than ever. Umayyah ibn Khalaf's words did not bring tranquility to him for a moment. He thought of the prophet of God and... "Do people believe the aristocrat's words?" he asked himself. No.... No. They would never accept that. Mohammad is the most innocent and most truthful man in Makkah. Everybody knows him. When he says there is only one God and these idols are not God, he certainly tells the truth. But why were only the aristocrats and Masters afraid of Mohammad's religion (peace be upon him) and his God?

That night Bilal Ibn Rabah thought much and he found out so many mysteries and could not sleep until late.

The following day, Bilal the Ethiopian heard that people were talking about the madness of Mohammad (peace be upon him). Bilal the Ethiopian dared to speak several times to give the people understanding of who had scattered falsehood among them, but nobody believed him.

The days passed one after another. Every day there was news that another one added to Messenger of God Mohammad's followers. And also every day Bilal the Ethiopian heard about them that they were hurt or injured or killed.

Bilal the Ethiopian became heavy - hearted. He was not able to do anything about it, and sadness turned to anger. Many times he told himself, "I will revenge these cruelties." Then it was reported that Ammar ibn Yasir's father (Yasir ibn Amir) and mother (Sumayyah bint Khabbab) had been martyred on the rack at the hands of Abu Jahl. (Note: The first martyr in Islam was the old woman Sumayyah bint Khabbab.)

Abu Jahl was one of the aristocrats of Makkah who was famous for cruelty and meanness. But in spite of this, he could not force Ammar ibn Yasir to quit God's Messenger and his religion.

In spite of this despairing news, one day Bilal al-Habashi, coming back from the desert, reached his decision. Instead of going to Master's house, he went directly to a house where God's Messenger dwelled.

Mohammad (peace be upon him) was a tall man, with a face shining with faith. When Bilal al-Habashi saw him, his heart became quiet. He felt that he had found his loss.

One morning, when Bilal al-Habashi left the house of God's Messenger, he went to Holy Kaaba. Nobody was there. He looked at the idols - the golden idols, the small wooden idols and the stone idols.

"Oh! You unable idols!" he shouted. "How can you defend yourselves? Woe is me that I worshipped these idols and fell crying at their feet."

Bilal Ibn Rabah left Holy Kaaba and returned to his master's house. When Bilal Ibn Rabah entered the house, he heard the shouts of Umayyah ibn Khalaf and his friends, but heedless of them, he went to his own room. For him nothing was more pleasurable than to bill and coo his newfound God, the One Who had given him power to curse the idols and spit on the big idol.

"Are you sure you have seen it exactly?" Umayyah ibn Khalaf asked the man.

"Have you seen him with Mohammad?" shouted Umayyah ibn Khalaf.

In a weak voice with head bowed, the man answered "yes, my master." Then pausing some moments, "And it is worse than that. I saw him spit on the big idol."

"His mouth will soon be a place for the snakes." Umayyah ibn Khalaf shouted, unable to control his rage.

Umayyah ibn Khalaf's friends were soon aware of the meaning of these words as his shouts continued into the night.

All the people - young and old - followed them, anxious to know what destiny was waiting for Bilal Ibn Rabah.

"Bilal," came the shout of Umayyah ibn Khalaf, "O' you unlucky slave, are you willing to repent, or do I burn your body by the fire?"

Bilal Ibn Rabah did not answer. He did not open his eyes. Umayyah ibn Khalaf's anger increased. He brought the torch forward to Bilal's body. The stench of burning flesh permeated gradually to everybody's nostrils. Umayyah ibn Khalaf was shocked as he heard Bilal's resonant voice split the silence.

Bilal Ibn Rabah had learned these words from the Prophet Mohammad (peace be upon him) and Ammar ibn Yasir. The shouts of Bilal Ibn Rabah caused tumult among the people. Umayyah ibn Khalaf, while giving Bilal lashed, shouted, "I will not let him disobey my order! You must respect our idols!"

One from among the crowd asked, "What does Absolute Oneness mean?"

Umayyah ibn Khalaf's anger increased. But no matter how much he tortured Bilal Ibn Rabah, he heard nothing except "Absolute Oneness."

That day passed. The torture continued for days. But now Bilal Ibn Rabah went without any fear to the house of honorable Messenger Mohammad (peace be upon him) freely and listened to his words.

One day Umayyah ibn Khalaf, with the assistance of Oghbeh, one of the masters and aristocrats of Makkah, fell upon Bilal's unclothed body and pushed him into the hot sands again. Then Umayyah ibn Khalaf ordered a container to be prepared full of boiling water and sank Bilal into the boiling water. This time he suffered pain more that in the past, but again only the voice of "Absolute Oneness" was raised.

It was ordered that a big stone be brought. They tied Bilal's hands and feet and put the stone, which took four men to lift, on his chest. Then some of people told him, "If you want to be free, just show respect to the idols as we do now."

Bilal Ibn Rabah ridiculed them, "My tongue does not know your words."

Whenever Bilal said these words, Umayyah ibn Khalaf became intensely angry. He tied Bilal's neck with a rope and made children and ignorant people drag him naked on the hot sands of the city.

Bilal resisted Umayyah ibn Khalaf so much, until he was bought and freed finally by Abu Bakr.

The days in Makkah came to an end. Bilal Ibn Rabah and the other followers went to Medina by order of the prophet Mohammad (peace be upon him), who joined them there.

When Hazrat Bilal (Radhiallahu Anhu) went to the housetop and said the prayer call, all the Muslims of Medina went to the mosque and prayed with the Messenger of God Mohammad (peace be upon him).

One day, the people of Medina heard the prayer call (Adhan), while there was much time left to pray. The people ran, confused toward the mosque. Everybody was waiting to know what had happened. When all were gathered, they realized that the enemy had set out of Makkah and were near Medina.

By order of the Messenger of God Mohammad (peace be upon him) each person immediately made ready to defend himself. Everyone took up his arms and when the Islam corps was ready, they set out of Medina to the place where the enemy was. The corns of blasphemy approached them, and from the opposite side, the prophet Mohammad (peace be upon him) and his followers with the motto of "Absolute Oneness... Absolute Oneness... God is the greatest" came toward the enemy. Hazrat Bilal's (Radhiallahu Anhu) black face shown in the midst of them.

Moments later, when the enemy was defeated, Umayyah ibn Khalaf's body was among those of the enemy. Hazrat Bilal's (Radhiallahu Anhu) shout was as thunder as he moved away from the body of Umayyah ibn Khalaf and went to be at the side of the others to kill God's enemies with each stroke of his sword.

Posted by Rehana Chaand at 3:53 PM No comments: