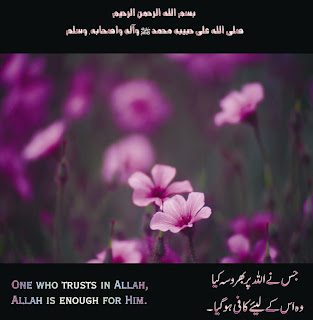 He was born in the town of Nishapur located in present day northeastern Iran. He is the son of Hajjaj son of Muslim son of Ward of the Arab tribe of Qushair.

Among the author's teachers were included Harmala ibn Yahya, Sa'id ibn Mansur, Abd-Allah ibn Maslamah al-Qa'nabi, al-Dhuhali, al-Bukhari, Ibn Ma'in, Yahya ibn Yahya al-Nishaburi al-Tamimi, and others. Among his students were al-Tirmidhi, Ibn Abi Hatim al-Razi, and Ibn Khuzaymah, each of which wrote works on hadith as well. After many studies throughout theArabian Peninsula, Egypt, Iraq and Syria, he settled down in his hometown of Nishapur where he first met Bukhari, with whom he would have a friendship until his death.

He died in 875 CE in Nishapur, where he was also buried.

His book is considered among Sunni Muslims the most authentic collections of hadith, second only to Sahih Bukhari.

Estimates on how many hadiths are in his books vary widely from 12,000 to 3,033 depending on whether they remove the duplicates, and consider only the text or the isnad as well. The book is said to share about 1900 hadiths with Bukhari's Sahih.[4]

The full name of Imam Muslim is Abul-Hussain `Asakiruddin Muslim bin Hajjaj AlQushairi An-Naisaburi. He belonged to the Qushair tribe of the Arab clan Rabi'ah. He was born in 202 or 206 H (819 or 821 CE) in Nishapur, a town of . His parents were religious people and so he was brought up in a pious environment. Because of this he spent all of his life as a pious and righteous person. A distinguishing attribute of his excellent character is that he never indulged in backbiting, which is a common human shortcoming.

Imam Muslim travelled far and wide to collect the Ahadith (traditions) in the countries of , and , and benefited from the prominent Hadith scholars of that time by attending the lectures and classes of those learned persons. His teachers included Ishaq bin Rawaih, Ahmad bin Hanbal, Ubaidullah Al-Qawariri, Qutaibah bin Said, Abdullah bin Maslamah, Harmalah bin Yahya and others.

Imam Muslim compiled many books and treatises on Hadith, the most important of his works is the compilation of the Hadith collection Al-Jami `As-Sahih, which is famous by the name of Sahih Muslim. Some scholars of Hadith opine that in some respects it is the best and most authentic collection of Ahadith. Imam Muslim laboriously collected 3,00,000 Ahadith, but after a critical study, he selected only 4,000 Ahadith for this collection. Other contributions of Imam Muslim on the subject of Hadith are: Al-Kitab Al-Musnad Al-Kabir Alar-Rijkl, Al-Jami'Al-Kabir, Kitab-ul-Asma' wal-Kuna, Kitab-ul'Ilal, Kitab-ul-Wahdan, etc.

Imam Muslim died at the age of fifty-seven years in 261 H (875 CE) and was buried in the suburbs of Nishapur.

Posted by Rehana Chaand at 8:56 AM No comments: 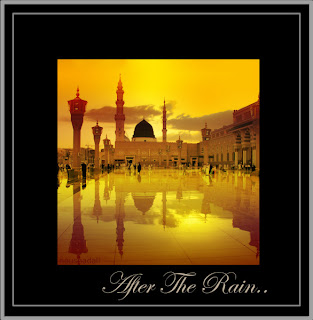 Muhammad Ibn Ismail Ibn Ibrahim Ibn al-Mughirah Ibn Bardizbah al-Bukhari , popularly known as Al-Bukhari or Imam Bukhari (194/810-256/870), was a famous Sunni Islamic scholar of Tajik ancestry. He was, perhaps, best known for authoring the hadith collection named Sahih Bukhari, a collection which Sunni Muslims regard as the mostauthentic of all hadith compilations and the most authoritative book after the Qur'an.

He was born in 810/194 in the city of Bukhara, in what is today Uzbekistan. His father, Ismail Ibn Ibrahim, was a known hadith scholar who died while he was young.

"He began studying hadith in the year 205. He memorized the works of [‘Abdullah] ibn al-Mubaarak while still a child. He was raised an orphan. He traveled with his mother and brother in the year 210 after having heard the narrations of his region. He began authoring books and narrating hadith while still an adolescent. He said, “When I turned eighteen years old, I began writing about the Companions and the Followers and their statements. This was during the time of ‘Ubaid Allah ibn Musa (one of his teachers). At that time I also authored a book of history at the grave of the Prophet at night during a full moon.”[2]

At age of sixteen, he, together with his brother and widowed mother made the pilgrimage to Makkah. From there he made a series of travels in order to increase his knowledge of hadith. He went through all the important centres of Islamic learning of his time, talked to scholars and exchanged information on hadith. It is said that he heard from over 1,000 men, and learned over 600,000 traditions, both authentic and rejected ones.

After sixteen years' absence he returned to Bukhara, and there drew up his al-Jami' al-Sahih, a collection of 7,275 tested traditions, arranged in chapters so as to afford bases for a complete system of jurisprudence without the use of speculative law.

In the year 864/250, he settled in Nishapur. It was in Neyshabour that he met Muslim ibn al-Hajjaj. He would be considered his student, and eventually collector and organiser of hadith collection Sahih Muslim which is considered second only to that of al-Bukhari. Political problems led him to move toKhartank, a village near Bukhara where he died in the year 870/256

Ibn Taymiyyah was asked whether Bukhari was qualified to deduce his own conditions in jurisprudence, not blindly following any of the Imams, or was he a blind follower. He responded that Bukhari was "an imam in jurisprudence, from those capable of deducing his own rulings, min ahl al-ijtihad."[3]

His theological position was conservative. He is recorded as being both anti-Mu'tazili and anti-Shi'ite. One source says that Bukhari once stated:

§ al-Tarikh al-Kabir, The Great History, containing biographies of narrators, with a rating of each

Posted by Rehana Chaand at 8:52 AM No comments: